As we countdown the days until this year’s Blogger’s Summit, here’s what you need to know about our speaker Nicole Siobal. 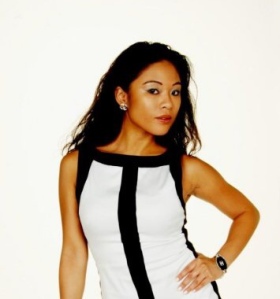 M. Nicole Siobal is the Founder and Chief Executive Officer for New York based fashion-technology startup en.JOYYE– a social shopping community, which recently launched in BETA by invitation only. en.JOYYE is exclusively created for jewelry lovers, and is a social space where its members can discover and shop the latest socially curated trends around the world while giving someone else in need joy. 10% of sales taking place at en.JOYYE are automatically donated to the featured charity of your choice.

An avid entrepreneur, Nicole left her corporate DC job in 2011 and moved to New York City and co-founded her first company, Social Butterflye, a digital marketing boutique agency. Shortly after, in 2013, Enjoyye, Inc. was born.  Prior to becoming an entrepreneur, Nicole was a marketing, communications and branding specialist at Global Award-Winning PR and marketing agencies such as Weber Shandwick, where she assisted Fortune 500, government and non-profit clients like the US Army, USAID, NBC Universal’s Telemundo, Disney, Eucerin and others with their marketing, PR and social media campaigns.

A committed philanthropist, Nicole’s community involvement was recognized in the 2010, 2011, 2012 prominent Washington Life Magazine’s ‘Young and the Guest List’ issue- a list of DC’s most influential movers and shakers under 40, and was featured in Capitol File Magazine’s Fall 2010 issue “LIST” alongside luminaries such as Colin Powell. She has spoken at HBO’s Digital Marketing panel at the New York Latin Film Festival and Parsons New School, and was recently invited to be interviewed by UNTV at the United Nations to discuss social entrepreneurship  and en.JOYYE’s mission. Nicole is an active member in the NYC startup community.

If you haven’t bought your ticket for this year’s Blogger’s Summit, what are you waiting for? Make sure to buy your ticket today!

One thought on “Road to the Blogger’s Summit: Nicole Siobal”